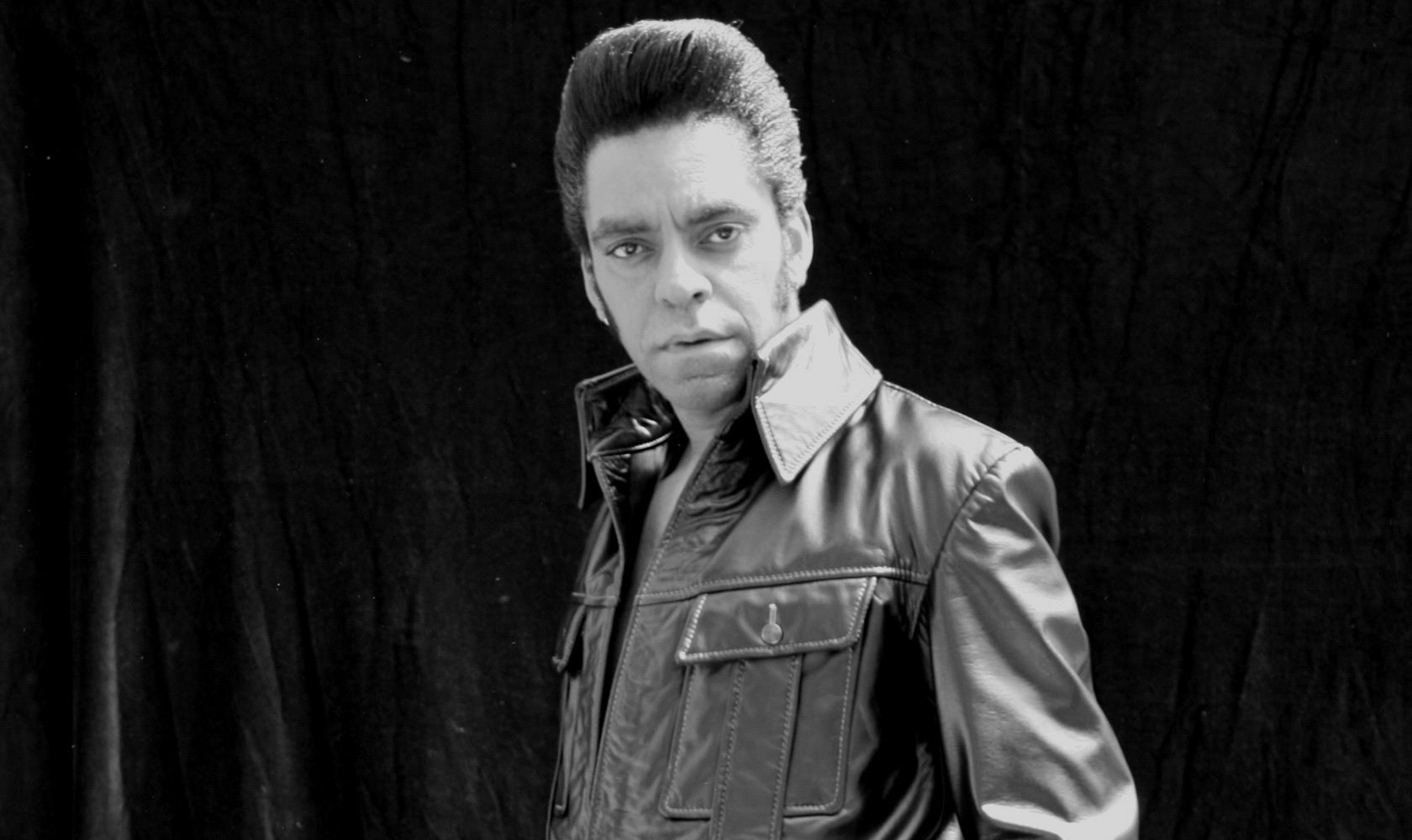 Colbert Hamilton is the UK’s original Black Elvis. Based in London he is a long – established performer with his own unique style embracing all aspects of the traditions of Rock ‘n’ Roll and Blues.

His electric live performance has generated a considerable following and ensures a memorable night out.

Colbert performs extensively at gigs, parties and weddings and is watched by celebrities such as Madonna, Ronnie Wood, Goldie and Rod Stewart on the West End club scene.

Colbert has an impressive musical pedigree. During his career he has collaberated with established artists and writers including Danny Mitchell who has written for Ultravox, and has played with various bands such as ” The Nitros”, ” The Hellrazors “. He has supported Dead or Alive on BBC Radio1 in Concert and also Sigue Sigue Sputnik.

Colbert was one of the last unknown artists to collaborate with Phil Lynott of Thin Lizzy fame. They recorded a track  called “D’ya wanna rock? He has had the privilege of jamming with The Sweet Inspirations – two original members of Elvis’ 70’s backing group. He is also a co-writer with his current band “Holy Man Jones”.

His media appearances including Sky TV, MTV and a short film for Channel 4 – “Better Than Sex”. Other appearances include ‘The Tube’ with Jools Holland and Paula Yates. More recently he has sung backing vocals for the Lee Evans Christmas Show video and was interviewed on the BBC London radio show Dotun and Valley.